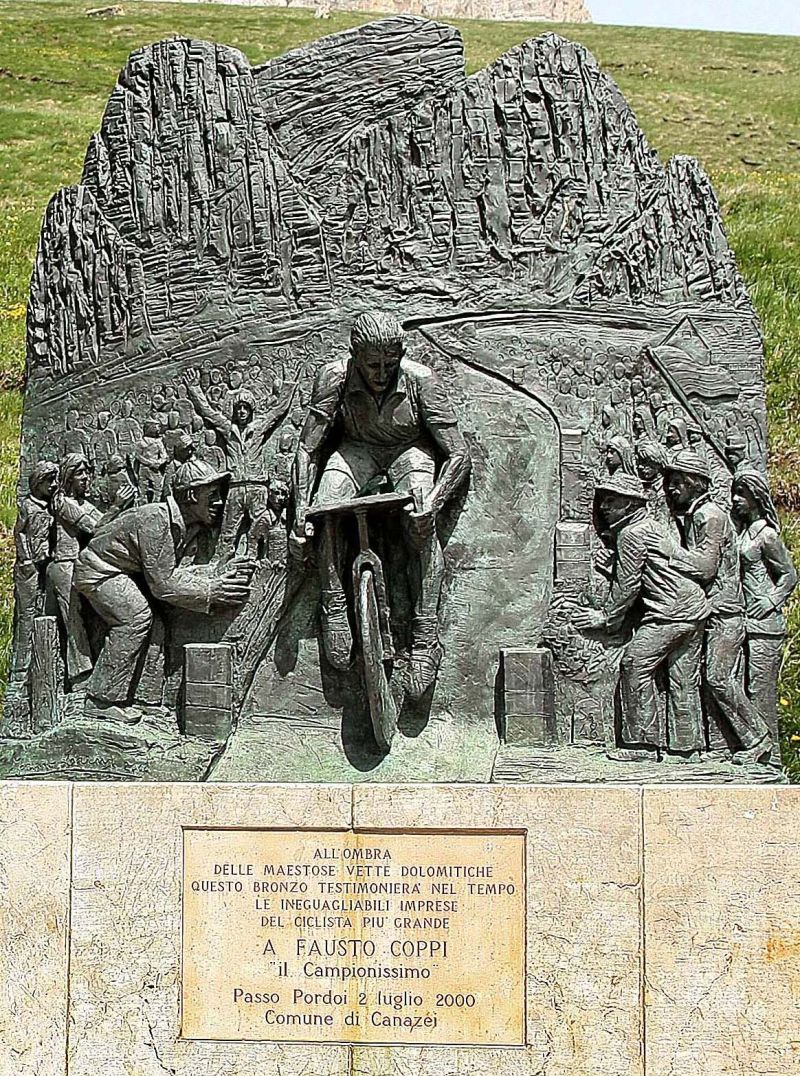 Previous Next
← previous day next day →

This is a cycling monument on the pordoi pass. Memorial to Fausto Coppi.

This is a really artistic monument. There are so many details when I concentrate. Nice catch!

It seems that Fausto is coming out of his statue. Sharp photo.

Does the Tour de France go through here?

he was one of the best at his time! nice capture!

Great shot of a fitting monument

Impressive monument and the story is worth a read, too !

I'm reading the Marco Pantani story at present and there's been a number of references to Coppi that didn't register until I saw this and looked him up...other than his big Tour de France victories that sets cyclists apart from the mere mortals I thought this was superb: "He rode his first race at 15, among other boys not attached to cycling clubs, and won 20 lire and a salami sandwich for first prize. Coppi took a racing licence at the start of 1938 and won his first race, at Castelleto d'Orba, near the butcher's shop. He won alone, winning an alarm clock."
Thanks for opening my eyes Al!

@Ted: thanks for the interest Ted, cheers

The bright sunlight does a great job of bringing out the details and textures seen in this sculpture/monument!

Good morning Alun,
An interesting monuments including clear excellent detail. 5 stars ***** Have a nice time and all the best.
Thank you very much for your nice comments. Dear greetings Christel

GReat shot and great documentary. The close up really captures the textures.

A true cycling here,Giro d´Italia winner 5 times,twice winner of the Tour d´France.The dominator of the pre and post WWII years also once described as riding like "A Martian on a bicycle" The photo is of the Memorial in the Pordoi pass !! Great stuff,I´m so jealous.......

@Anthony Morgan Lambert: you would love it there, so much cycling, its everywhere