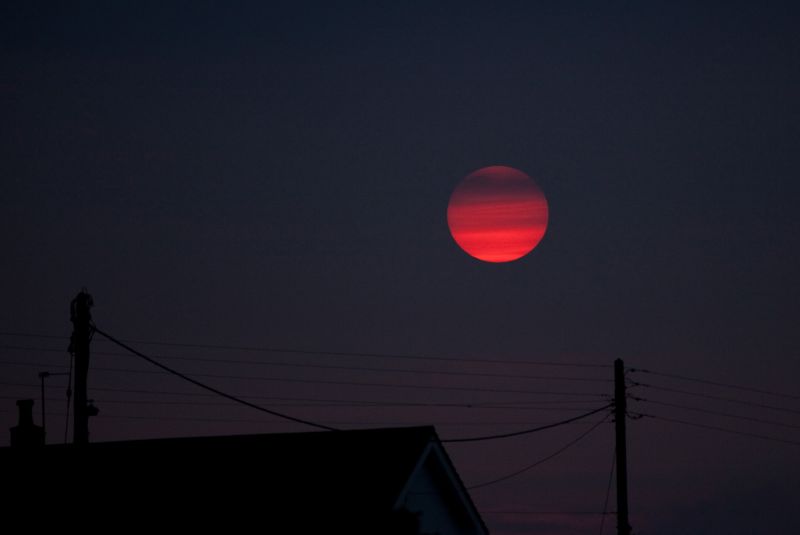 Previous Next
← previous day next day →

Taken at the campsite

awesome and beautiful and terrible at the same time

Excellent. Could be Mars attacks!

that isn't real. that's a wafer candy you stuck on a windshield or something. the moon has a face on it, and facial craters (acne). the moon looks more like a piece of cheese than a red necco wafer.
the moon is supposed to hit your eye like a pizza pie.
so alun, the next time you decide to photograph the moon, stick a pizza on your windshield and it will be more believable.

p.s. p.s. cheese and necco wafer pizza sounds awesome, doesn't it? when it becomes popular, remember who told you so.

Gorgeous sun! Beautiful shot. What made it so red?

Mystical and dramatic. Lucky you to be camping under such a sky,...'a big pizza pie.' ;-)

Kinda haunting seen like this, isn't she ? Love the glow beyond.